A new video message from CITIZEN Brand Ambassador Naomi Osaka is now available on CITIZEN’s special Better Starts Now website to coincide with the opening of the 2020 US Open Tennis Championships where Naomi Osaka will be playing again this year. We believe Naomi Osaka is the perfect person to communicate the CITIZEN’s Better Starts Now brand statement. We are inspired by her positive attitude, her confidence, and her determination to move forward and find the next opportunity to create Better in the Now, no matter what changes she faces. 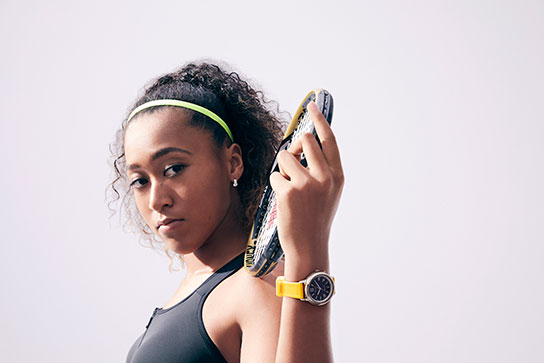 Better Starts Now is the simple belief that, no matter who you are and what you do, it is always possible to make something better, and now is the time to start doing it. It is a reflection of CITIZEN’s philosophy that now is always the ideal time to start something new, and now is always the ideal time to take action and make things better. This belief is a fundamental part of our approach to watchmaking, and it is also something we share with everyone who is responding to the challenges of this new era as we adapt to the changes in the world around us. We wish to inspire others by featuring CITIZEN Brand Ambassador Naomi Osaka and other inspirational people who share our Better Starts Now philosophy. They share their thoughts and how they have responded to the challenges they face, including in their daily lives, as they continue to excel in their respective fields. Their video messages provide hints about how we can all take a positive step forward right now. Videos, including footage filmed by Naomi Osaka at home, will be released on our Better Starts Now special website over the coming weeks. 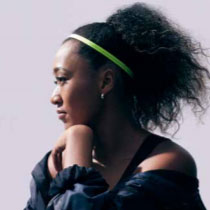 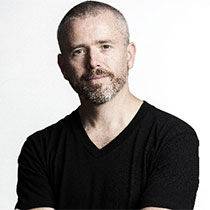 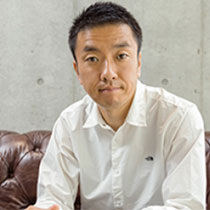 *Video messages from other influential people will be uploaded in the near future.

Naomi Osaka will be wearing the limited edition Naomi Osaka signature model watch at the 2020 US Open – one of the four Grand Slam international tennis tournaments –from Monday, 31 August to Sunday, 13 September at the Billie Jean King National Tennis Center in New York City. This exciting Naomi Osaka Model is a light-powered Eco-Drive radio-controlled watch*1 with a world time function. The bright colors were chosen by Naomi Osaka for this unique signature model, with the clear blue of the sky contrasting with the bright yellow of a tennis ball. The case is made of lightweight Super Titanium™*2, which is approximately 40% lighter than stainless steel. It also has a light and comfortable urethane band. The black spare urethane band allows you to change the color combination to suit any mood or fashion. 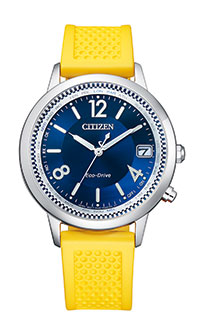 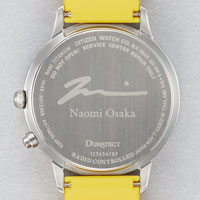 * 1 Eco-Drive radio-controlled watch is CITIZEN’s proprietary technology that powers watches using any natural or artificial light source, eliminating the need to replace batteries. Certified as an Eco Mark product for the first time in the watch industry. Radio-controlled watch receives signals from radio stations to correct time and calendar automatically.

* 2 Super Titanium™ is CITIZEN’s proprietary technology to treat solid titanium with surface hardening technology. It is at least 5 times harder than stainless steel. In the 50 years since CITIZEN introduced the world’s first titanium watch, SuperTitanium continued to evolve. It is highly resistant to scratches, lightweight and gentle to the skin for wearing comfort. (Vickers hardness of stainless steel is about 200 Hv)
50 th Anniversary of Titanium Technology: https://www.citizenwatch-global.com/titaniumtechnology50th/index.html
* 3 Duratect CITIZEN’s proprietary surface hardening technology that enhances the surface hardness of metals such as stainless steel and titanium, protecting watch bodies from scratches and damage. This technology offers excellent abrasion quality and maintains lustre of metals for long periods of time.

■ About Naomi Osaka
Born on October 16, 1997 in Osaka, Japan to a Haitian father and a Japanese mother. Moved to the U.S. at the age of three and currently resides in Florida. Started out being taught tennis by her father, joined the International Tennis Federation (ITF) tournaments at the age of fourteen, and turned professional in 2013.
Qualified for the Women’s Tennis Association (WTA) tour championship in July of 2014 at the Bank of the West Classic for the first time. In January 2016, at the Australian Open, qualified to enter her first Grand Slam, rolling into the third round and rising into the top 100 of the WTA rankings. In the same year, reached the third round of the French Open and US Open as well. In October 2016, at the Toray Pan Pacific Open, reached her first WTA final and moved into the top 40 of WTA rankings. Won “Newcomer of the Year” at the 2016 WTA Awards, an award given to the player who made the biggest breakthrough. In March of 2018, became the first Japanese woman to win the Indian Wells Masters in California, U.S., also known as BNP Paris Open — in the Premier Mandatory category — widely considered the second biggest event in tennis right behind the Grand Slam, joining the ranks of the world’s top players. Won a Grand Slam singles tournament in September 2018 at the US Open and her 2nd Grand Slam title at Australian Open 2018.
Ranked as the WTA No.10 female tennis player in the world as of 28 August 2020.

CITIZEN WATCH is a true manufacture d'horlogerie with a comprehensive manufacturing process that extends from creating a watch’s individual components to its final assembly. The company operates in more than 140 countries around the world. Since its founding in 1918, CITIZEN has held the belief of “Better Starts Now” — that is, no matter who you are or what you do, it is always possible to make something better, and now is the time to start doing it. Sharing this belief, we have made watches, invented and improved technologies and explored the future of watches such as our proprietary light-powered Eco-Drive technology and state-of-the-art satellite-synchronized timekeeping.